The Navarrese technology company patents a module that allows contactless choice and payment. 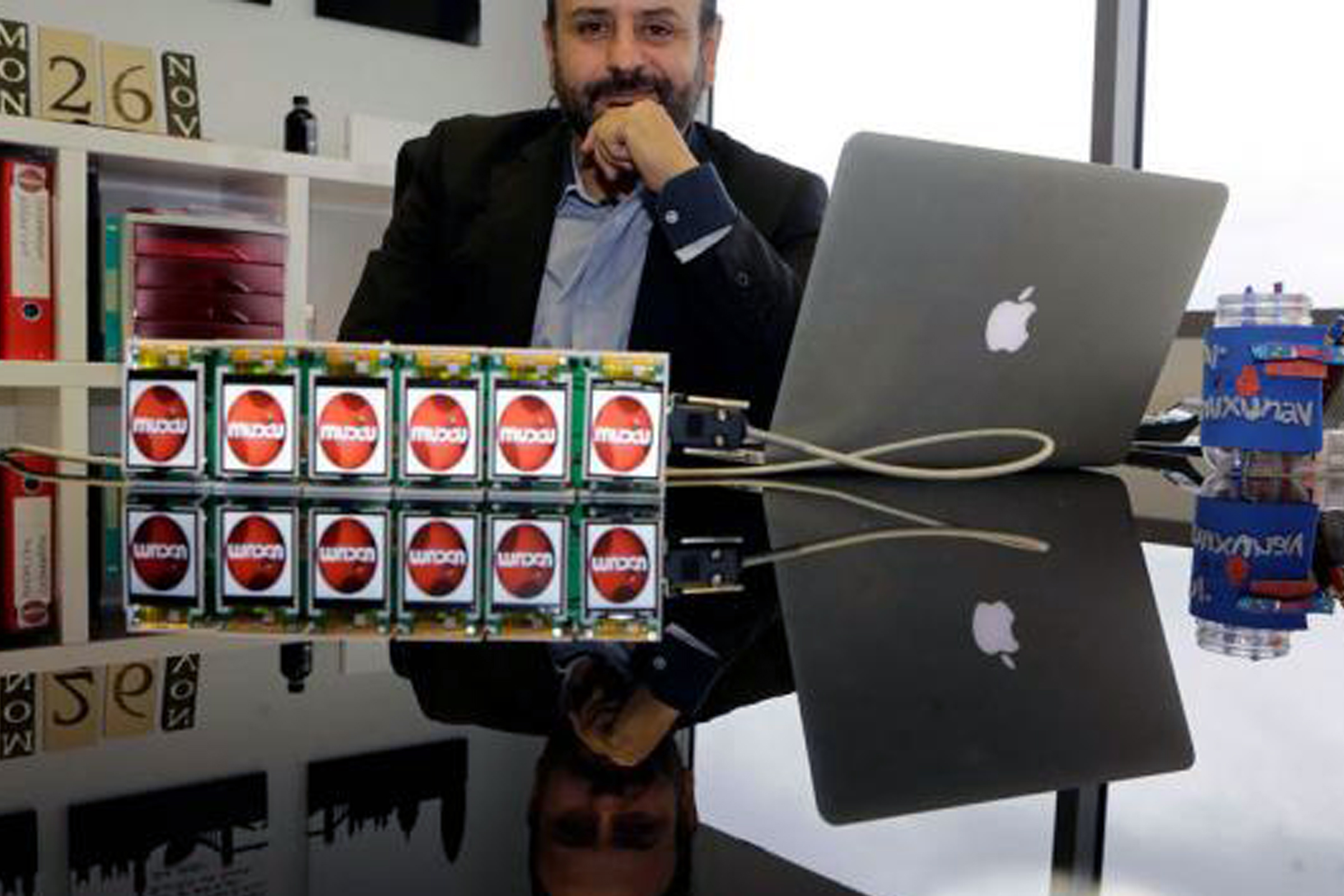 Antonio Torres, founder and director of the company, in front of some Telmarkt devices.

After providing internet to the vending machines already installed, the Navarre company Muxunav has managed to patent the development of a modular digital systemto bring contactless technology to equipment already installed. What the patented module allows is to modify in a very simple way the operation of existing machines on the market (whether for tobacco, drinks or snacks) so that users do not have to physically touch the machine to select the product and pay.

Account Antonio Torres, promoter of the company with headquarters in Mutilva, which is “his grain of sand” in the fight tominimize the risks of contagion by covid. “We realized that there was nothing on the market that would allow two steps to be carried out without contact; there was contactless choice and contactless payment but not both in one device,” he explains.

With the covid health emergency, Muxunav decided to go for aparallel development of its digitization devices for vending machines, the marketing of which has already begun in Austria and Germany and that, taking advantage of the technology already developed, would limit the possibility of contagion when using the vending machines.

The system will allow you to select the product and pay for it safely and without contact with the machine, using only the user’s own mobile phone, through of QR codes and blockchain, and you will be able to have registration and individual digital purchase tickets. It will also incorporate the latest operating payment gateways and technologies on the market, thereby providing absolute product traceability in real time.

They have started conversations with some banks to bring the patented system to the market in the coming months. Currently, 2% of Austrian machines already have Telmarkt(R) digitization technology and they expect to reach 15% of the Austrian market in 12 months as well as having a significant presence in the German and Swiss markets. Muxunav has the support of SODENA, Elkargi and Sonagar as well as private capital.

Activity. Design and production of the Telmarkt device to provide internet to the vending sector of already installed machines. Since its creation, it has invested more than 700,000 euros in devices that allow the vending machine park to be digitized. It already has a presence in Austria and Germany and is confident that the incorporation of the new advance in the payment method will open the doors to other markets such as Spanish or Portuguese in a relevant way.

Promoter. Antonio Torres López (Pamplona, ​​4-10-1973). He has different entrepreneurial experiences. He has also worked as an employee in the automotive sector.</ P>