A technology to digitize any generation of vending machines

A technology to digitize any generation of vending machines Currently, the Navarre company, Muxunav, is immersed in the launch of the second generation of its digital label holder, with which the end user will be able to make contactless paymentsin the > vending machine through a QR code. Once scanned, the code redirects to a payment gateway that includes Bizum, the quintessential payment formula today.

In 2020, the worst year on record for any industry, Spain had 370,000vending machines implemented throughout the territory. Most of them, due to the great changes both in consumer habits and in society in general, are from the new generation of automatic machiness: more technological, digitalized >and efficient. However, we cannot deny that another part of the fleet of machines refers to the first generations, to the more traditional conception of vending in which interfaces and large < strong>touch screensare actually the box of buttons.

Because the reality is that many businesses are still reluctant to embrace these new intelligent machines when their classic machine still works. The fear of disbursement and not amortizing new investments have a clear consequence in the feedback of the consumer, which will not be friendly, of course.

Although the first option should be to renew the fleet of machines with the new automatic machines that are being launched on the market, those of the first generation that still remain giving service, they can extend their useful life a little more. Also, what if the business owner does not have the necessary budget for this change? The answer is offered by Muxunav, which within the framework of the last edition of B-Venture, the event organized by EL CORREO together with the Department of Economic Development, Sustainability and the Environment of the Basque Government, among others entities, explained his formula for lowering costs in the process of acquiring more innovative vending machines: digitizing those already installed. 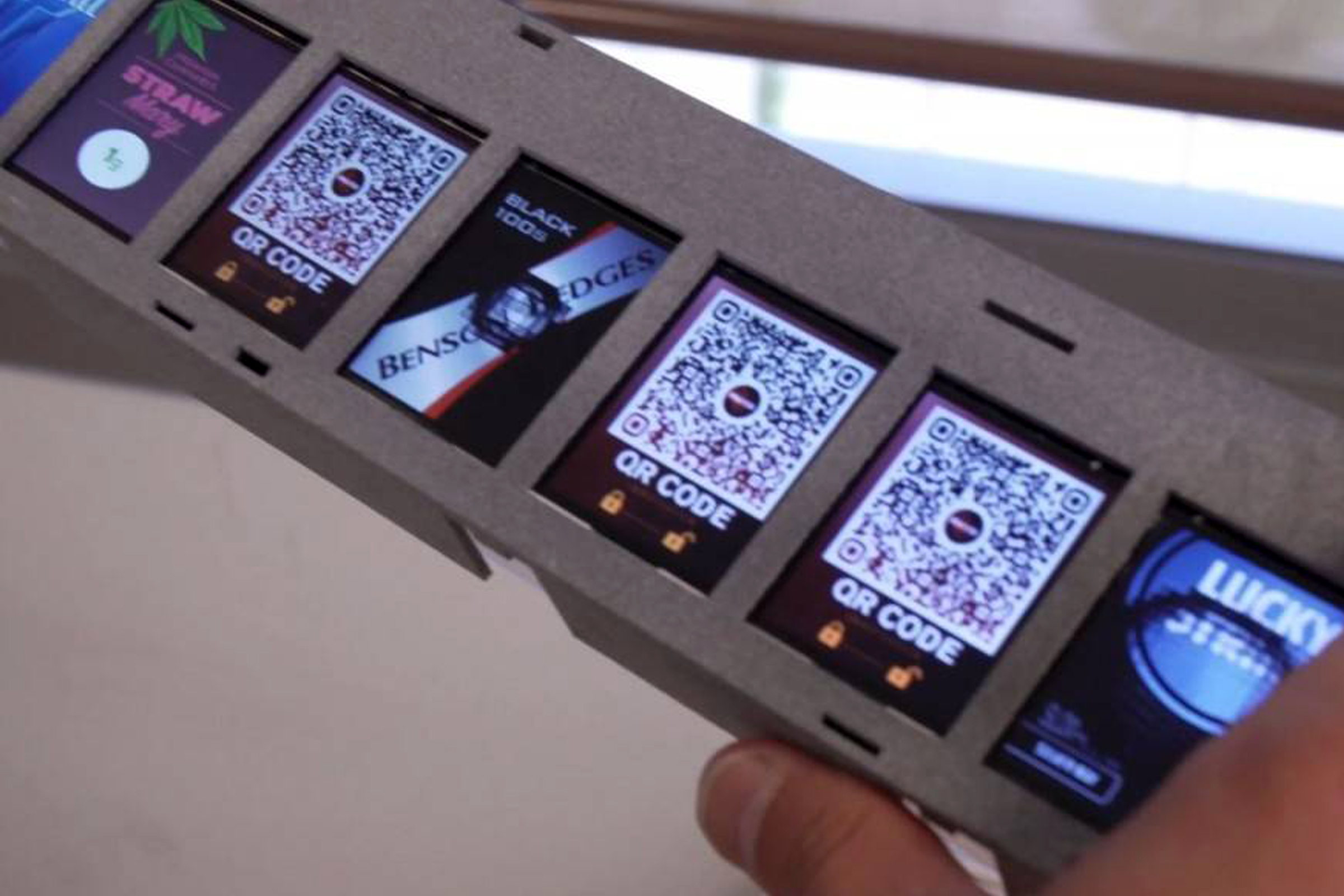 The firm replaces the panel that contains the buttons and connects the vending machine to the Internet so that it can now work by telemetry.

Its journey in this field dates back to 2013, when the company began to replace some (button) panels with others with illuminated labels or movements to capture the attention of the end user. That opened the door to the vending sector, and to demonstrate the possibilities offered by technology to improve management and make the machines profitable; above all , the opportunity of the contactless bet.

They realized, then, that those machines that become obsolete are not changed, but rather continue to provide a service that no longer adapts to the user’s profile. The Spanish tradition of not changing the product if it works, despite no longer adapting to new demands. In the case of vending, this translates into more costs and the loss of possible sales: higher costs for technical personnel to check the parameters of the machine on site, and loss of sales because many users will expect to find more digital payment options at the vendor (since it is more unusual to carry cash with them).

Adaptation: increase sales by up to 32%

This adaptation, that is, the installation and configuration of the module that houses the CPU, as explained by the company, takes place in an average of ten minutes; you don’t even have to move the machine: As detailed by Antonio Torres and Roberto Ducay, responsible for Muxunav, you only have to touch the label holder, so whoever sees the vending machine will only notice that the label holder has been replaced by a screen holder . 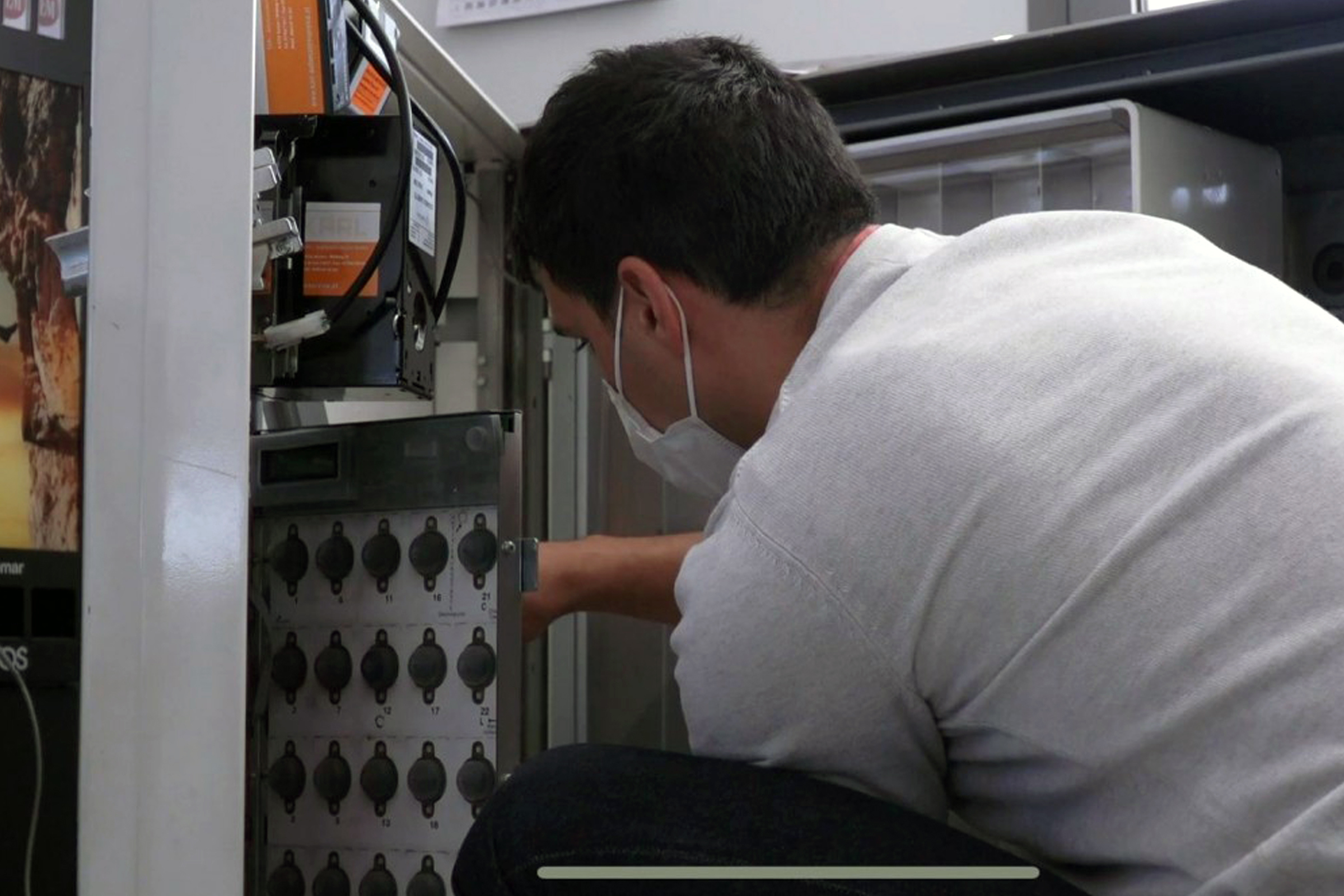 This aesthetic change can initially offer an increase in sales: users are attracted to the technology; Today’s consumers come from a screen generation. According to comments from the firm, this increase can reach up to 32% of income.

Once updated, you can have immediate access to the information generated by the machine.

Prepare the machines for the TicketBai

On the other hand, although its entry into force varies depending on the geographical area of the country, next year it will be official to issue invoices with TicketBai, and for Muxunav, This regulation represents an opportunity, since its system allows you to send said billing data in the required format.

They exemplify that, at least in the Basque Country, the majority of vending machines still do not work with this format, so their owners should start considering and solutions to adapt to the legislation. For their part, they have already entered the test platform of the provincial estates to ensure that their solution is optimal.

Second generation of digital label holders: the inclusion of Bizum

Muxunav is currently loading engines for the presentation of its second generation of digital label holders, which will allow the user to pay through their mobile. Payment is completely contactless and is made after generating a QR code. By scanning it, the user accesses payment platforms, including the famous Bizum.

The usual payment system is not cancelled, it is complemented with digital payments, so that the consumer who still wishes to make the payment in cash, will be able to do so. In addition, the company states that through this QR Code they also want the user to be able to make the product selection, as is the case in the new automatic machines and in many Horeca establishments. For now, the firm is targeting managers and operators of tobacco and beverage vending machines, which are the ones that They generally have these panels with ‘brand’ buttons. However, in the medium term, it will also adapt its offer to those that have a numeric keypad (the classics of traditional vending food and refrigerated machines).

The B-Venture event was held at the Euskalduna Palace at the end of October, and was organized by EL CORREO with the sponsorship of the Department of Economic Development, Sustainability and the Environment of the Basque Government, the SPRI development agency, the Bizkaia Provincial Council and the Bilbao City Council, among other entities.